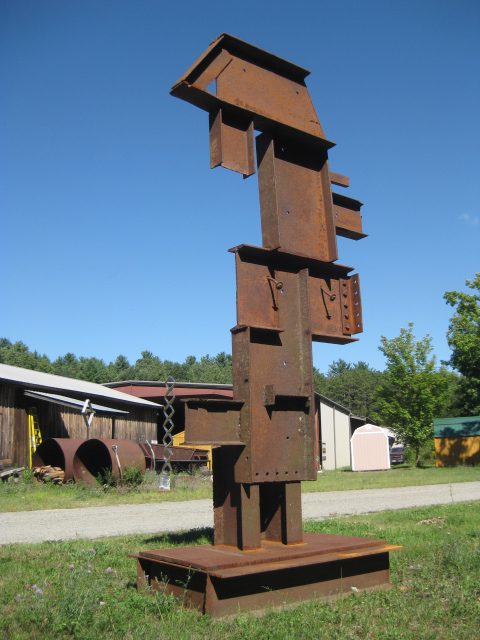 Wow, it’s been way too long since I updated things here, and I apologize to all of you who anxiously await my next posting! Fact is, I rank myself at pretty near the bottom on the self-promotion scale.

Four shows this summer, however, simply can’t be overlooked, even by the worst self-promoter.

June 10th opened the doors on SculptureNow at The Mount in Lenox, MA. I am showing the latest in my Segment Figure series, Sentinel II there (see photo above). There have been several sales already from this show, generating much excitement. 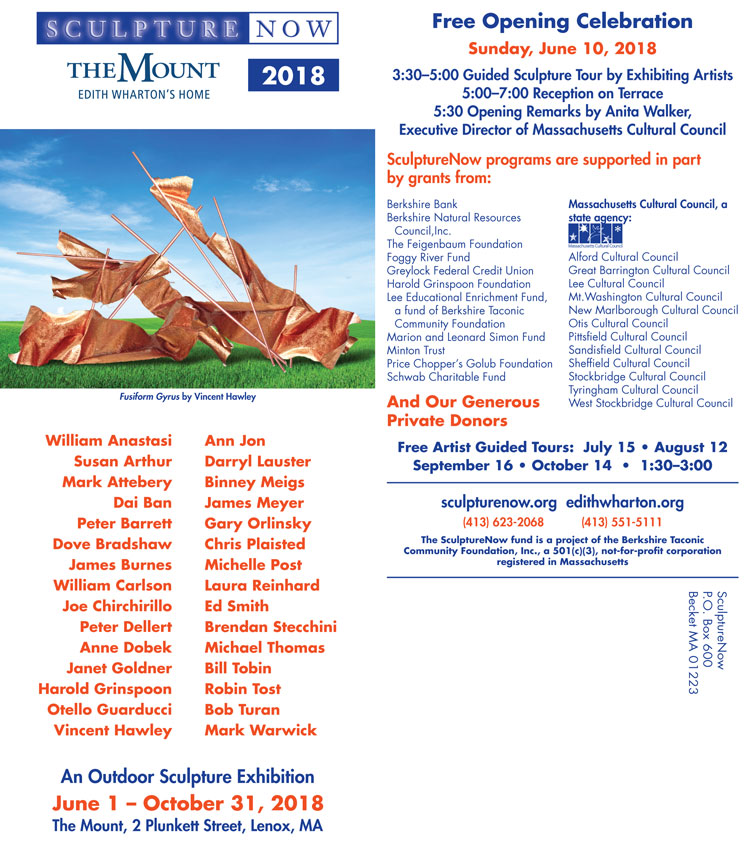 July 7th will be the opening of the North Bennington (VT) Outdoor Sculpture Show. I have a new piece in the works for NBOSS, that I have titled Please Play Pedestal. It features two, +/-30” diameter, 2” thick slabs of local marble that are suspended on a steel substructure to serve as seats, or small platforms on which you might stand. See the attached flyer, and come on up to North Bennington for the opening. The Bennington Museum in Bennington is a real jewel, and I would encourage you to stop by there any time. Next up will be Art in the Orchard at the Park Hill Orchard in Easthampton, MA. I’ll be showing Couple, and Segment Figure IV, Quetzalcoatl, both from 2016. These two large pieces should look well in the orchard setting that commands quite a view of the Pioneer Valley, with Mount Tom dominating the southern view. It’s quite a spectacular setting. This opening will be sometime in September; more on that later. Come and pick some fruit!

Finally, my Entrada al Inframundo, another Segment Figure piece, will be appearing in the Flying Horse Outdoor Sculpture Exhibit at the Pingree School in South Hamilton, MA, with an opening reception on September 16th. I’m excited to be part of this show, in its seventh year, out on the North Shore area of greater Boston. Likewise, more on that later.

The annual Contemporary Sculpture at Chesterwood show, at Chesterwood, the summer home of Daniel Chester French, in nearby Stockbridge, MA, looks to be a great exposition, as well. Alexander Calder, George Rickey, Mark DiSuvero and Pedro de Movellan are among the artists there.

Here’s to a sculpture-filled summer of 2018!